If you watched closely you could see the metamorphosis – the reaching of that slow, sometimes awkward midpoint between childhood and adulthood, the teens.
The Wildrose Alliance Party held its AGM on Saturday the 21 of June in Red Deer. By the end of the day you could see glimpses of what this new party will be as it began to stretch its gangly legs and through the occasional telltale squeak of a cracking voice you could make out the fine lines of maturity starting to emerge as the passion of the Alliance started to mix and mingle with the complementary skills of the Wildrose.

The party emerged from its AGM with a defined course of action by passing a resolution called “The Framework for the Future”. It provides the executive with clear definable goals and an interactive general plan for developing policy, membership and election-fighting capacity. It was interesting to watch as the party’s social conscience was stirred as it passed resolutions to deal with the bullying of the Human Rights Tribunals and its plan to end the overly-intimate relationship between the government and Elections Alberta.

What most stood out was the blend of young and old in the crowd. It was reflected in the pleasant mix of youth and experience in the newly elected executive, which ranges from 31-year-old Calgary investment advisor Jeff Callaway as President, to 56-year-old VP Policy Link Byfield, a longtime voice for centre-right, conservative values.

Members applauded the work of leader Paul Hinman in the annual leadership review, giving him the thumbs up to continue as leader.

Do we have it all together? No, but we are well on the way. There will be the usual growing pains that accompany a new party, but it will soon come of age, confident and sure on Alberta’s political stage.

Bright future for the Wildrose Alliance

I am just back from our first AGM as the Wildrose Alliance Party.
It went very well; including yours truly being re-elected to the position of Treasurer (CFO). :)

For the benefit of those who were unable to attend and those who might just be curious; the following is the report I delivered today to the membership.

You will have in your packages copies of the audited financial statements for 2007. Keep in mind these are for the Alberta Alliance Party and do not include any figures from the recent election period.

Our auditor for 2007 was Doug Wilde of Mercer Wilde Moltz of Lethbridge; this is the third audit the firm has completed for the Party. I won’t bore everyone by dissecting them line by line, but rather touch on some key factors that are noteworthy.

Financially, 2007 was a significant turning point for our party. More Albertans were looking for a viable alternative and they found that with us. Through them we enjoyed growth in both our member base and contributions.

Contributions in 2007 were just shy of a quarter million dollars. This is more than four times our previous’ years total and a new annual record for the party.

In 2007 we continued the work we had started in late 2006, of reducing our operating costs as much as possible and not incurring an expense unless we had contributor lined up. This resulted in a savings of over $24,000.00.

The combination of increased revenue and reduced operating expenses afforded us the opportunity to make a sizable payment towards the accounts payable that had been on the books since the 2004 general election.

In 2007 we also ran candidates in the Drumheller – Stettler and Calgary – Elbow by-elections; our healthy financial situation allowed the party to help them out financially where their own fundraising fell short. I think I can speak for Dave France and myself; we are both very grateful for the parties support in this regard.

We closed 2007 on a very optimist note and clearly demonstrated who the fiscally responsible party is in Alberta.

That trend continued into 2008. While the audited statements for the recent election will not be available for a couple of weeks, I do want to share some information with you and layout out a financial game plan for the coming years.

During the recent election our membership numbers rose immensely; we raised hundreds of thousands of dollars. The source of these contributions was evenly split between individual and corporate donors.

I am very pleased to say, what is most impressive; is that we emerged from the campaign debt free. This is very significant as I doubt any of the other parties; aside from the PC’s, are in this enviable position.

Political parties are often referred to as “vehicles”; they have the features you like and can take you to a destination. Albertans buy memberships in parties they believe in and are proud to be an owner of.

In 2007 we tuned up the Alberta Alliance vehicle; many people work hard to make sure it was running smoothly and efficiently. Late in the year we met with some other people; they too were working on a political vehicle. Theirs still had that “new car” smell; a catchy name and many dedicated people were involved; they were the Wildrose Party.

Over December and January we all worked very hard to blend the best of each of our vehicles; thus on January 19th the Wildrose Alliance Party came to be. It is the hybrid of political vehicles.

While the paint was barely dry on our hybrid party in the 2008 election; we are in an excellent position to prepare our vehicle for its next race. In 3 to 4 years we will once again take to the racetrack. We know our competition; we know that we need a very large war chest to take them on. This is one area where we would like to appeal to all our members.

At the executive level, we have done all we can to reduce costs and be more efficient. Membership fees alone cannot sustain a party. We need donations for the maintenance of the vehicle. Things like our annual and election audits.

However the most important thing we need contributions for, is building a large reserve of funds to run an incredible campaign. We are at a point where this is well within our grasp.

Today I would like to challenge each of you to take your membership to the next level. I urge everyone to become a monthly contributor. You can choose any amount, but we are suggesting a minimum $30.00 per month. That is less than a dollar a day; it is less than a cup of coffee. At $30.00 per month your annual total is $360.00, this is under the amount that will make your name public thru Elections Alberta. With the tax benefit your net cost is only $100.00 per year.

If every member did this from now until the next election we would be in a very, very comfortable position to run an impressive race. For taking part in this monthly donation drive you will receive a Wildrose Alliance lapel pin, which is illustrated on the donation form in your package.

We are growing and more people like what we stand for and the direction we are going. I envision a day…. Maybe not a month from now; but a year or two down the road…..; when I will spot a stranger on the street wearing a Wildrose pin. I will be incredibly proud that they believe in and support the same hybrid political vehicle that I do. 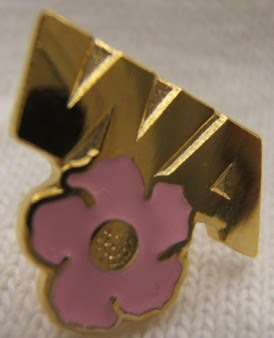 Excellent idea from the CTF.

The Canadian Taxpayers Federation (CTF) is declaring Friday, June 13th the “Friday the 13th Pay Hike Protest” in Alberta. The CTF is calling on Albertans who are angry with the secretive 30% pay hikes cabinet ministers and the premier gave themselves last month, to call Premier Stelmach's office in Edmonton between 9am and noon on Friday, June 13th in protest.

“Friday the 13th is considered a day of ‘bad luck’ and it seems fitting for Albertans to use this day to send a message to Premier Stelmach that they’re not happy with the secretive pay hike,” stated CTF-Alberta director Scott Hennig.

“The Premier seems content to sweep his secretive pay hike under the rug and Albertans should let him know loud and clear they aren’t happy,” continued Hennig.

“We understand Albertans are busy, so it’s not feasible for them to drive to Edmonton to protest these pay hikes in person,” said Hennig. “But with a phone protest it only takes a minute to make a quick phone call to the Premier’s office.”

Edmonton region Albertans can call the Premier’s office directly at: 780-427-2251

The e-mail address for Premier Stelmach is: premier@gov.ab.ca