The devil's in the details

An online description of what “the devil's in the details” means:


Some people say that the devil's in the details when they examine a contract or agreement. Generally, the agreement looks reasonable at first glance, but a closer examination of the terms and small print reveals a problem. People who routinely sign such agreements usually learn to look them over very carefully, looking for the snag or issue which might ultimately make the deal untenable.

The saying crossed my mind as I pondered the response from the Alberta Party President, Mr. Charles Relland. He says the motion that was passed was this:

Whereas the Constitution can only really be applicable to our Party after we sustain some growth, to work in practice, (and the Party, since 2005 is trying to follow it in principle), we have to admit to ourselves that we have to concentrate on growth with our secondary objective [that] of making the Constitution workable…"

Okay, that part is just fluff, but I do totally agree with it.


And
“… That the Provincial Board may make any operational policy, between General Assemblies, to regulate the provincial affairs of the Party, including, but not limited to the bylaws and sections of the Party Constitution…"

This is the portion that apparently gave the Alberta Party board full power to change the constitution.

From what I have been able to garner they have changed the following things:

Article 1(b) which is the principles, has been removed entirely and replaced with the Renew Alberta principles.

Article 5 a) i) & ii) Which outlines qualifications for board members, has either been amended or eliminated altogether.

Article 5 m) which refers to only “vacant” board positions being eligible for “appointments” has, in all likelihood been removed.

Article 8: (g) which refers to how policy is established has presumably been changed to give the board full control of polices. Thus they have now been “suspended”.

Article 12 (b) which refers to the notice for calling for amendments to the constitution. This has likely been removed since that decision making process is now in the hands of the Alberta Party board.

I could on, but I think you get the idea and it is, IMO, Article 12 (CONSTITUTIONAL AMENDMENTS) that is the devil in the details.

The motion Charles indicates has “passed” has a huge impact on the intent of the entire document. And if the board has the power to change it; in theory it could change every time they meet.


“...they (the Alberta Party) also recognized that if they wanted to break out as a mainstream party, may have to make changes to their policies and constitution as required, and in between annual meetings. These changes could be made by the Board of Directors as seen fit, and then ratified at the next AGM”.

I will concede that I can see the application of this to policies. Things happen and a party needs to be able to respond. The constitution though, is quite a different matter.

Plus the board is proceeding as if they have been ratified? What if they are not ratified? Do they “undo” everything they have done in the meantime?

For clarity to readers, I have posted the latest copy of the Alberta Party Constitution that I could readily get my hands on.


In Alberta all political parties registered with Elections Alberta are also registered as a Society.

The Alberta Party is registered as a society under the name of “The Alberta Party Political Association”. Their society registry certificate # is 05033XXXXX. Due to this, they (like all parties), are governed by the Society’s Act.


This is what the Act has to say about changing the bylaws (constitution).


Rescission, etc. of bylaws
15(1) The bylaws of a society shall not be rescinded, altered or added to except by special resolution of the society.

Okay, so what’s a special resolution?

I believe they followed all the requirements of this (and their own constitution) leading up to their October 2009 AGM and passed the resolution Charles has provided.

So what’s next then?


Rescission, etc. of bylaws
15(2) No rescission or alteration of or addition to a bylaw has effect until it has been registered by the Registrar.

Hhmm, okay we’re going to have to presume they have filed the resolution with the Society’s Registrar and that brings us to the third requirement.

Rescission, etc. of bylaws
15(3) If the Registrar is of the opinion that a bylaw is not in accordance with the application for incorporation or that it contains anything contrary to law, the Registrar shall refuse to register it.

The reference to bylaws under the Application section is:


Application for incorporation(4) The bylaws that accompany the application shall contain provisions for all the following matters:
(h) the manner of making, altering and rescinding bylaws;

This is the part that really twists the brain. Because the resolution Charles has outlined (as required in (h) of application) would appear to be totally contradictory to section 15(1) of the Act and to the Acts’ definition of “special resolution”. (in green above)

His resolution gives full power to the board to basically do whatever they see fit to the constitution. A very top down and undemocratic scenario with zero input from members. In essence it removes the provision for “special resolutions” as defined by the Act.

The Society’s Act, on the other hand, would appear to protect the interests of members by keeping them involved in the process and sets out minimum requirements as to notice, methods, etc.

I find it a little difficult to believe the Registrar would accept a resolution that appears to run polar opposite to the Act itself.

Let me be very clear, I am not a lawyer; the above is purely an observation on my part. I simply enjoy exploring complex details and how things all fit together. 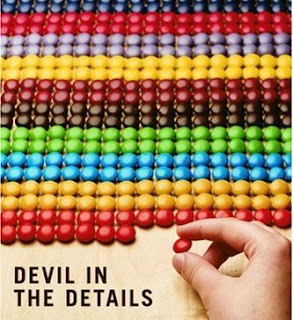