.... And the Liberals say the Wildrose is scary !

This past weekend, Warren Kinsella advised the Alberta Liberals to

………….. paint Premier Ed Stelmach as tired and out of touch and Wildrose Leader Danielle Smith as new and scary.

And David Swann was quick to follow the advice in his keynote speech at the Alberta Liberal party AGM:

Albertans who know that the Tories are fading and that the alternatives are just scary.

Come on guys, what's so scary? It's not like we have horns or carry a pitchfork. 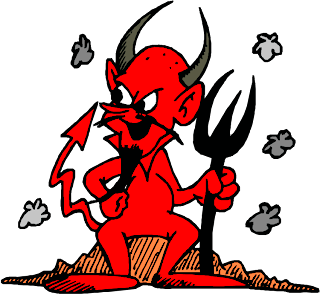 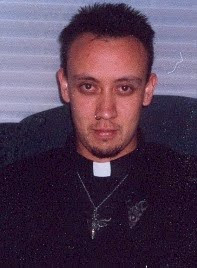 Allow me to introduce you to Scott Robb. He is the founder of Darkside Collective Ministry International. He doesn't have horns or a pitchfork either, but I bet you he wishes he did. He did after all get his "666" tattoo on June 6, 2006.

He is a Satanic Priest. I'm cool with that. I happen to know other men of the cloth who might also be considered slightly unorthodox. But let's face it some would find this downright SCARY.

I was quite amused to discover in his bio he is a member of both the Liberal Party of Canada and the Alberta Liberal Party. Not surprised, but amused.

By now of course you're wondering why I'm researching Satanic Priests. Well, it's all Dave Cournoyer's fault. He was the one who alerted me to the fact that this little Liberal Devil is running for Edmonton City Council.


Now that IS scary.